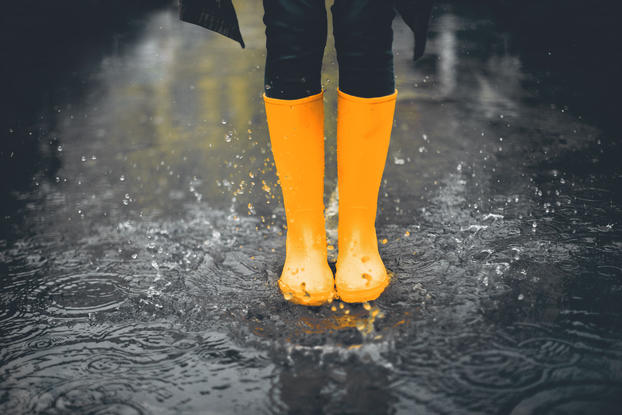 There are so many new things to learn when you move onto a rural or semi-rural property.  I realised very early on I was going to have to take a keen interest in everything that had to be done around the place and not just leave it to Mr P.

Peter often works away so I want to be in a position to handle any eventuality if he’s not around. It’s a chance for me to reclaim some of the independence I’ve surrendered at times (Peter is such a gentleman and is adamant about the fact he should take the bins out (for example) and not me. He forgets as a single parent you have to do all the jobs around the house so I do feel embarrassed as if I’m not doing my bit if I leave it all to him). That said, I’m not looking forward to having to go outside in the dead of night with a torch to see why the water pump has stopped working.

We have water tanks (meaning we use rainwater rather than the main water supply). Of course, that can pose a problem when it hasn’t rained for weeks on end, but we have two tanks plus an overflow tank which we use to water the garden. The water tanks have filters which need to be replaced periodically to ensure none of the crap (quite literally) on the roof (I’m thinking cockatoos and possums for starters) or leaves gets into your water system.

For all of you living in Scotland or Norway, the very idea of running out of water would be laughable but here in Australia water is a premium so we have to conserve where possible. During the first few weeks of living here, we had no rain whatsoever and I found myself actually praying for rain – not just for our tanks but for our plants and fruit trees. Wow – I told you there were new things abound – have you ever heard of a Scottish girl praying for rain?

I had to re-educate myself on my own water usage … turn the tap off when you brush your teeth, keep showers quick (4 minutes or less) and only use the eco/flow restrictor setting on the shower head, in fact turn the shower off while you are shampooing – oh – and only really flush the toilet when you need to (if you know what I mean) – unless you have a dual-flush cistern. There are other considerations but I won’t bore you with those now. Suffice to say you just have to ‘think’ about your water usage a bit more when you’re living off nature’s own supply – and that’s no bad thing in a place like Australia.

We also use a septic system for our sewage. Now to begin with I think I thought ‘eeew sewage –ugh’, but again it’s just a case of understanding what you’re getting into (so to speak). On a practical level it just means you have to be careful what you pour down the sink or flush down the toilet as harsh chemicals will upset the bacterial balance of the system (the bacteria that’s required to break down the waste) and solid materials or non-biodegradable materials will clog the system – and you definitely don’t want that. Other than that I never even think about the sewage so don’t be put off if you are considering a move to a more rural location.

The benefits of living this way are many, though just on the most basic level you are forced to be much more environmentally aware, from conserving water to using only natural products in your home. As someone who has never experienced such things, it’s been an easy transition and no hardship or inconvenience at all – so far!

As I write this, the weatherman has been predicting rain for the past three days – nothing yet. Time to get my rain dance happening!

2 thoughts on “Praying for rain”