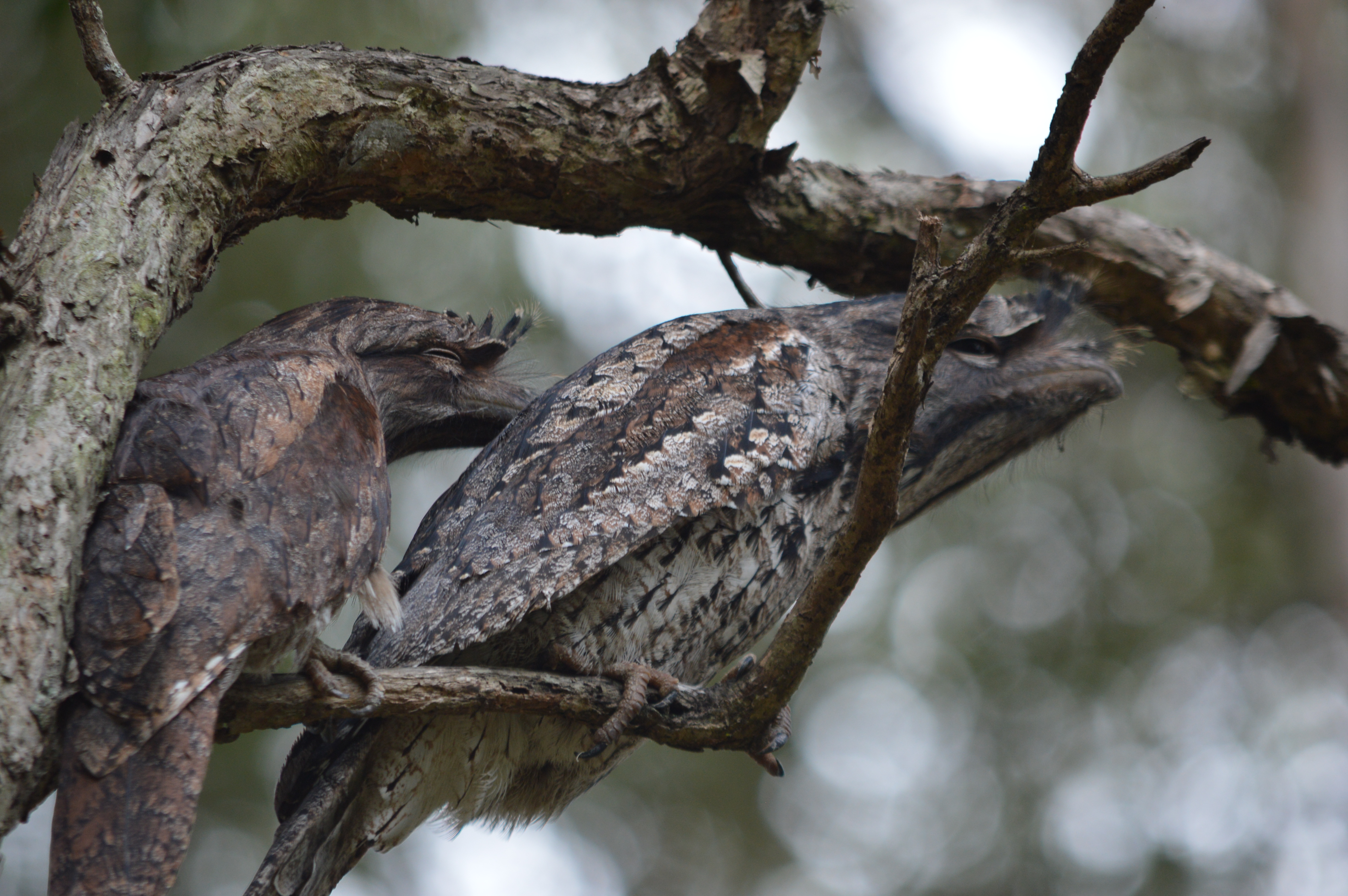 The very first time I came face to face with the Tawny Frogmouth was a surprising and wonderful experience.  I was particularly spoiled on that occasion because I actually came face to face with not one, but four of them – staring at me through the kitchen window as I stood at the sink. About seven years ago we lived in a rented townhouse with no real ‘nature’ to talk of though frogs could be heard in the evening (yes they do follow us around don’t they?) There was a large tree in the yard that was only ever useful to the possums as they legged it up on to the roof or the balcony, so seeing these majestic birds sitting blinking in a row was quite a surprise.

Since moving here though we have become aware of truly spoiled we are. We seem to have a family of resident Tawny Frogmouths living on the property. They are masters of disguise so it’s quite something that we have spotted them at all, let alone on numerous occasions.

To the untrained eye, these birds just look like stumps of wood – and indeed at one point that’s exactly what Mr P though they were. They were sitting at ground level after all. It was only because Peter then thought ‘hang on, I don’t remember tree stumps being there’, that he went to investigate.  These birds blend in perfectly with tree bark – it’s quite uncanny. We have probably walked past them countless times.

Lately, we’ve seen them in the trees down in the bottom paddock where they seem to prefer, though I can’t say their choice of tree is ideal if they are trying to remain inconspicuous as they have chosen skinny trees with little in the way of foliage.

The Tawny Frogmouth is native to the Australian mainland and Tasmania. They are big-headed, stocky birds which are often mistaken for owls due to their nocturnal habits and similar colouring.  In fact, many people call them Tawny Frogmouth Owls.  They are bonded birds and they sit close in next to their mate, often touching. The male Tawny Frogmouth is an attentive fellow. He carries out grooming by gently stroking through the plumage of the female with his beak in sessions that can last for 10 minutes or more. The birds are generally seen in pairs, and when they mate they tend to mate for life … aaah.