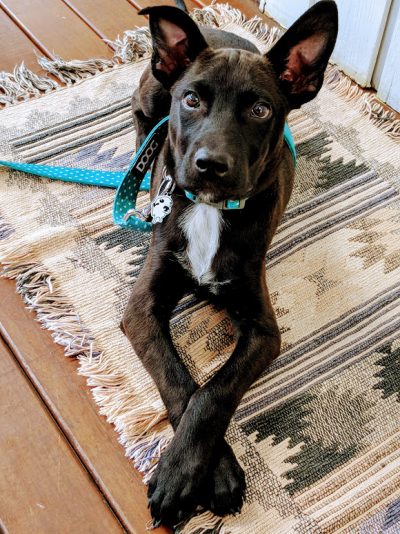 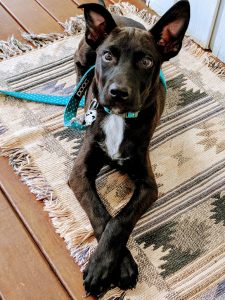 Remember that little bundle of ears and paws we ‘rescued’ from the RSPCA shelter? That poor, shy, defenceless little creature with the blackest eyes? Yes, well – he – Angus – the ‘chosen one’ has taken over my house, my life and my sanity (but only for a little while). Turns out his human required a crash course in puppy fundamentals. Just in case you are considering a pup – and a working pup at that, I thought I’d share my crash course learnings to save you a world of pain.

I naively thought ‘dogs, pups – been there, done that many times – how hard can it be?’ And maybe you’re reading this and thinking the same thing. Ha – well let me introduce the Kelpie X pup … a high impact pupster with attitude – a pupster with brains – and he’s not afraid to use them!

Here are a few of my learnings in the first weeks of Kelpie puppyhood.