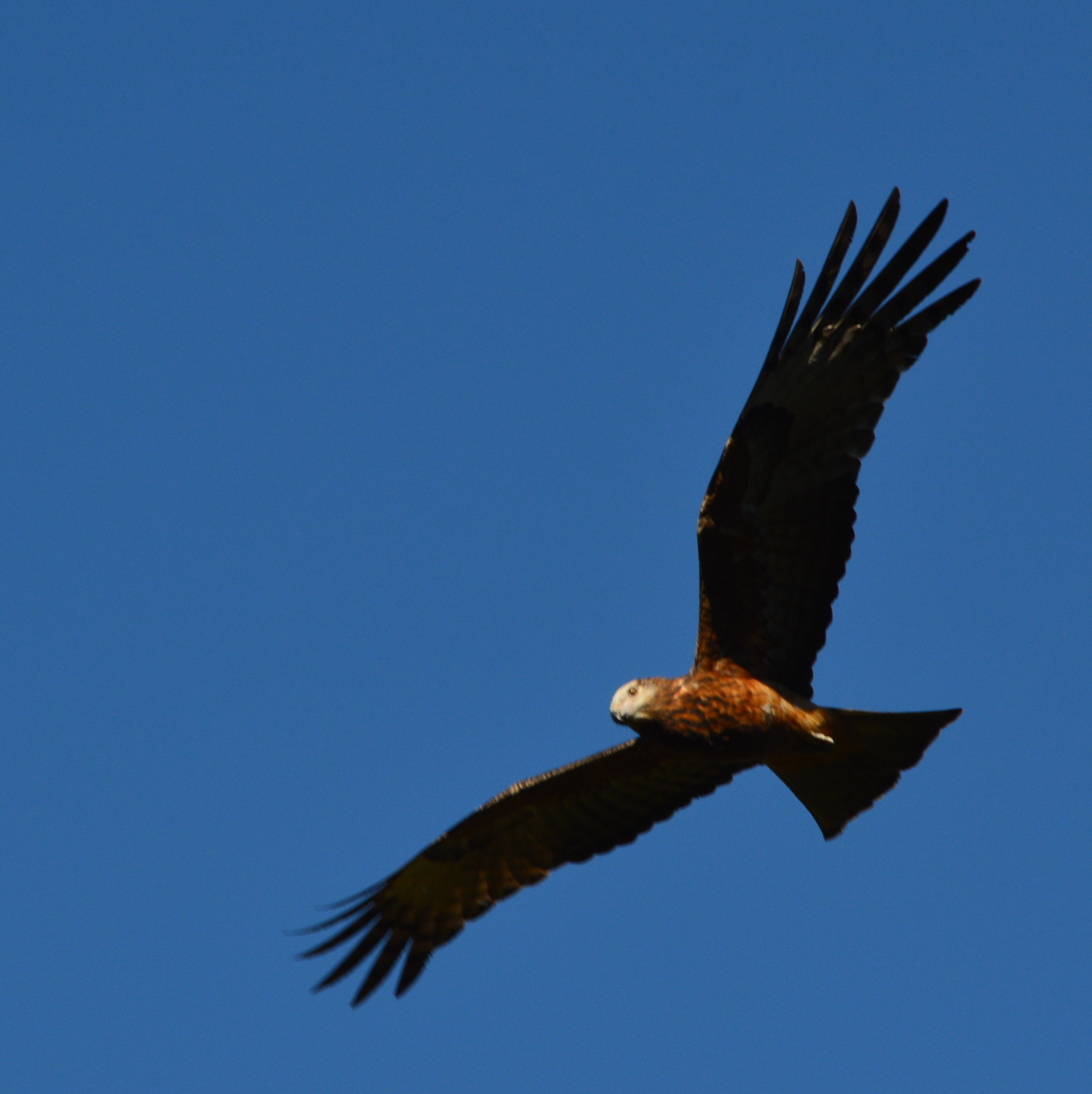 There was mayhem from above and mayhem in the treetops at the bottom of the front paddock.  A great noisy chirping air raid at 1 o’clock.  I was standing out on the front deck, a cup of coffee clasped in hands, trying to get a better view on what was causing the commotion.

Those damn Noisy Miners were in a flap. They never cease to amaze me the way they ‘take on’ other birds.  I can’t figure out if they are really brave and bolshy or whether they are just downright stupid. Either way, they are well named.

It wasn’t long before I discovered why they had become so agitated.

There was a great swoosh through the valley of the properties to the left of us. A bird with the wingspan of an Eagle was flying straight towards our property before it soared above the roof, turned to the left and swept down the sloop of the front paddock to the trees at the bottom. The Noisy Miners came out to surround and attack.

I rushed to grab my camera so I could take some shots for analysis later.  I watched for some time, taking note of the shape of the wings and tail as well as its approximate size and colour. Definitely a bird of prey but which one? Luckily the winged beauty looped around the properties and through the valley about five times before it decided to head off again so I was able to capture a few images as she flew above me.

On screen it became obvious. We had been visited by a Square-tailed Kite. No wonder the Noisy Miners were in a flap.

While we were excited to see the Kite soaring around us it did call into question why we were only seeing her here now. Had her habitat been destroyed by the Rail Maintenance Facility development across the valley? It may have been purely co-incidental since the trees in the ‘war zone’ had only just been destroyed.

I wonder if we’ll see more of her. She would be more than welcome to soar through the skies in our little corner of the world.  Maybe she could teach those Noisy Miners a few manners while she’s at it.