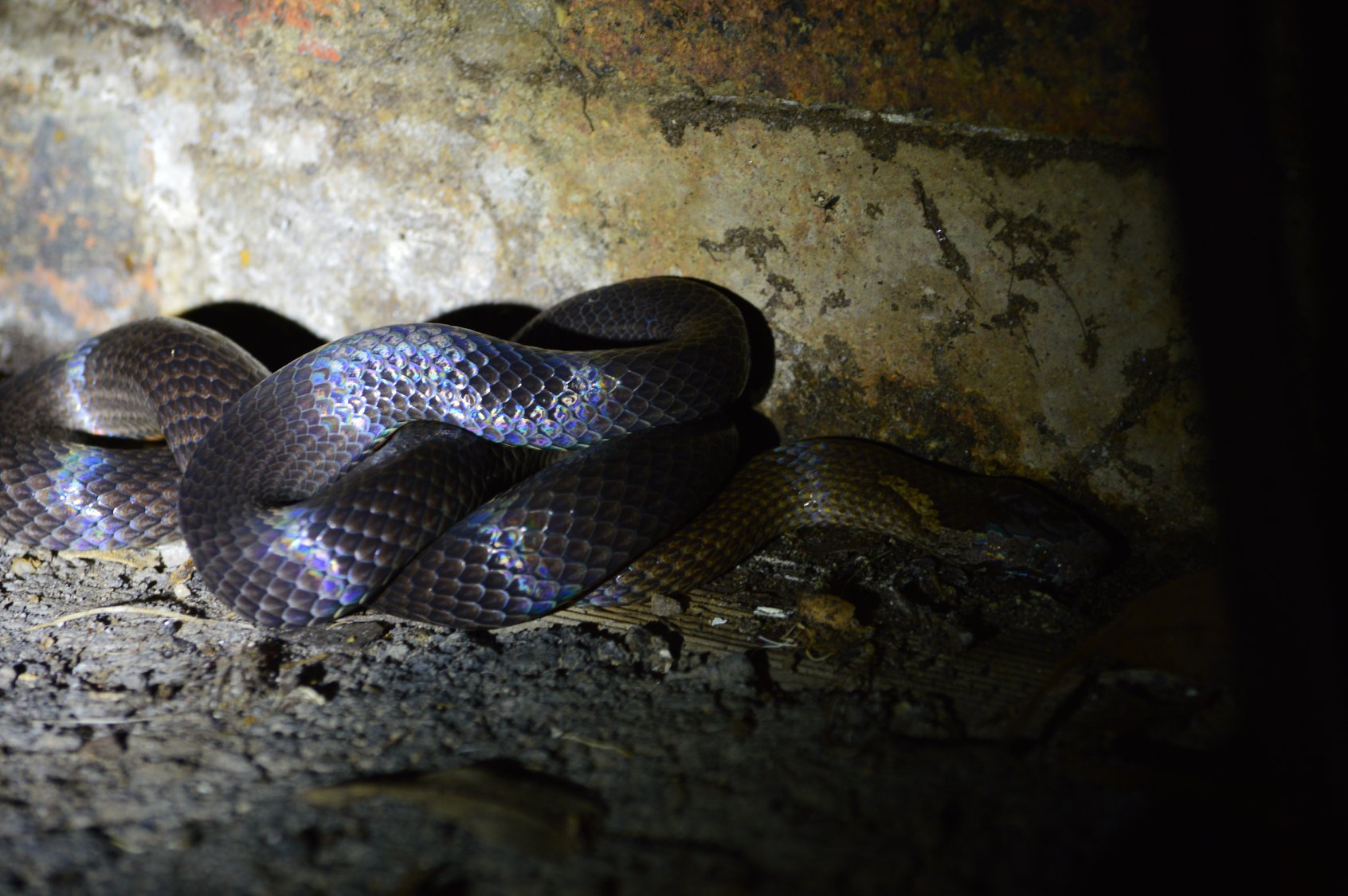 I’m not sure if this is a Universal game, but did you ever play snakey snakey on your back – which finger did that?  I remember as children we used this game to define what number the other person was going to count to in ‘Hide and Seek’.  In case you missed out on the hilarity -you had to draw a snake shape on your friends back – and then pick a finger to jab them with – saying “which finger did that?”. When your friend turned around you would hold out your hand so they could pick the offending, jabbing finger. With every finger they got wrong, you had to add100.  Guessing which finger had been used was dependant on your friend being honest otherwise what would be the point right? Otherwise, you’d just call it a straight 1000.

I’m reminded of this because guessing which snake a snakeskin has come from has become an equally fun persuit around these parts.

There was a full moon on Halloween this year, so I deemed it auspicious to find an intact snakeskin in the garage in the middle of the floor. Question is where was the snake now? And what kind of snake was it?

A few months back we had found a golden crowned snake coiled up in front of the garage door. They are nocturnal and are only mildly venomous so I was more than happy to let it be. It was the location of spotting this snake previously that made me think the snake skin came from a Golden Crown, but at over a metre long it was pointed out to me the skin was too long to be a Golden Crown. Perhaps a python?

Whichever snake it came from, I am in awe of nature. Its capacity for rebirth and transformation is a timely reminder of the cycles we all live through.